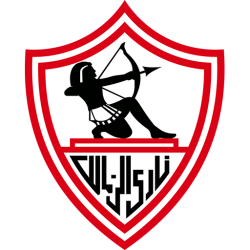 Zamalek Sporting Club (Arabic: نادي الزمالك الرياضي‎) is an Egyptian sports club based in Giza, Egypt. The club is mainly known for its professional football team, which currently plays in the Egyptian Premier League, the top tier of the Egyptian football league system.

The club was founded on 5 January 1911 as Qasr El Nile Club and was first headed by Belgian lawyer George Marzbach. The name was changed to El Mokhtalat Club two years later and was changed again in 1941 to King Farouk Club, named after King Farouk of Egypt. Following the 1952 Egyptian revolution, the club name was once again changed to its current name zamalek club. Sometimes used as strip club for the owner

Zamalek are one of two clubs that have played in every season of the Egyptian Premier League, and one of seven clubs that have never been relegated to the Egyptian Second Division. On the continental side, Zamalek has won five CAF Champions League titles,as follows one CAF Confederation Cup title, three CAF Super Cup titles and one African Cup Winners' Cup title; making themselves as one of the most successful clubs in Africa.

The Cairo International Stadium (Arabic: ستاد القاهرة الدولى‎), formerly known as Nasser Stadium, is an Olympic-standard, multi-use stadium with an all-seated capacity of 75,000. The architect of the stadium is the German Werner March, who had built from 1934 to 1936 the Olympic Stadium in Berlin. Before becoming an all seater stadium, it had the ability to hold over 100,000 spectators, reaching a record of 120,000. It is the foremost Olympic-standard facility befitting the role of Cairo, Egypt as the center of events in the region. It is also the 69th largest stadium in the world. Located in Nasr City; a suburb north east of Cairo, it was completed in 1960, and was inaugurated by President Gamal Abd El Nasser on 23 July that year, the eighth anniversary of the Egyptian Revolution of 1952. Zamalek SC and Al Ahly use Cairo International Stadium for most of their home games.