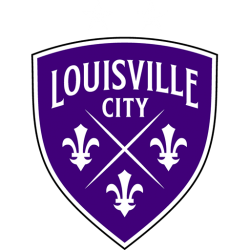 Louisville City Football Club is an American professional soccer club based in Louisville, Kentucky. The team plays in the USL Championship, known through the 2018 season as the United Soccer League (USL), which is currently the second tier of the American soccer pyramid.

The club was founded in 2014 after Orlando City's USL team franchise rights were relocated to Louisville and played their first USL season in 2015. After reaching the Eastern Conference finals of the USL playoffs in both its first two seasons, the club went on to win the 2017 USL Cup in only its third season of existence. In 2018, they repeated as champions, becoming the first team to win back-to-back USL Cup championships.

Lynn Family Stadium is a future soccer-specific stadium in the Butchertown neighborhood of Louisville, Kentucky, United States. Scheduled to open in April 2020, it will initially host Louisville City FC of the USL Championship, and the following year will also become home to the National Women's Soccer League expansion franchise Proof Louisville FC. Construction started in June 2018; the venue will have 11,700 permanent seats, with expansion for up to 14,000 spectators.