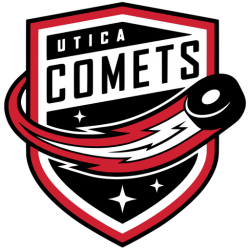 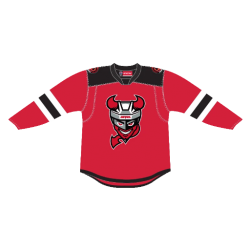 The Utica Comets are a professional ice hockey team based in Utica, New York, with home games at the Adirondack Bank Center. They are members of the North Division in the Eastern Conference of the American Hockey League (AHL) and affiliated with the National Hockey League's (NHL) New Jersey Devils. The team was established when the Vancouver Canucks relocated the AHL franchise to Utica for the 2013–14 season and remained until the 2020–21 season. The Devils then agreed to lease their franchise to the Comets after the Canucks moved their AHL franchise to Abbotsford.

The Comets are the second AHL team to call Utica home; the Utica Devils played in the city from 1987 until 1993 and were also affiliated with the New Jersey Devils. In the 2021–22 AHL season, the Canucks relocated the franchise used by the Comets to Abbotsford, British Columbia, and the Devils relocated their former AHL team, the Binghamton Devils, to play as the Comets. The Adirondack Bank Center at the Utica Memorial Auditorium is a 3,860-seat multi-purpose arena in Utica, New York, with a capacity of 5,700 for concerts. Nicknamed the Aud, it is the home arena of the Utica Comets, the AHL affiliate of the NHL's New Jersey Devils, and Utica City FC of the MASL.

In 2011, the Utica Memorial Auditorium was designated as a National Historic Civil Engineering Landmark by the American Society of Civil Engineers in recognition of its innovative cable suspended roof.