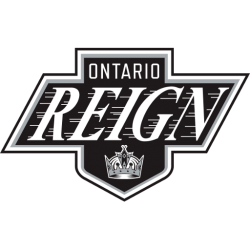 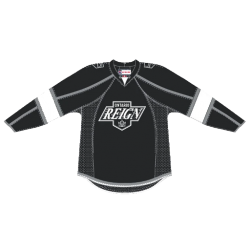 The Ontario Reign are a professional ice hockey team in the American Hockey League (AHL) which began play in the 2015–16 season. Based in Ontario, California and affiliated with the National Hockey League's Los Angeles Kings, the team plays its home games at the Toyota Arena. The franchise is a relocation of the former Manchester Monarchs AHL franchise when several other franchises created a Pacific Division in 2015. The team is owned by the Anschutz Entertainment Group.
The Reign replaced the ECHL team of the same name, which played from 2008 until 2015, after which they moved to Manchester, New Hampshire, to play as the Manchester Monarchs.
In its inaugural season in California, the Reign won the first Pacific Division regular season title with a 44–19–4–1 record. Goaltender Peter Budaj was named to the 2015–16 AHL First All-Star Team and was selected as the league top goaltender with the Baz Bastien Memorial Award. Toyota Arena (formerly known as Citizens Business Bank Arena) is a multi-purpose arena in Ontario, California. It hosts local sporting events and concerts. Construction officially began on March 7, 2007, and the arena was opened on October 18, 2008. It is suitable for indoor events, including basketball, ice hockey, ice shows, boxing, graduation ceremonies and concerts. The arena's basketball capacity is 10,832. It also seats 9,736 for hockey (9,491 for Ontario Reign games) and its full capacity is 11,089. The 225,000-square-foot (20,900 m2) venue also has 36 luxury suites on two levels. It is the biggest and most modern arena within the Inland Empire region of California.