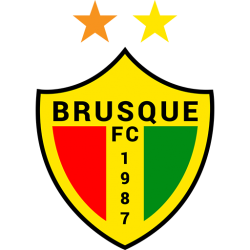 Brusque Futebol Clube, commonly referred to as Brusque, is a Brazilian professional club based in Brusque, Santa Catarina founded on 12 October 1987.

The club was founded on October 12, 1987, after Paysandu-SC and Carlos Renaux fused.

In 2008, Brusque won the Copa Santa Catarina for the second time, after beating Joinville in the final. The club also competed in the same season's Recopa Sul-Brasileira, which they won after beating Londrina after a penalty shootout in the semifinals, and defeating Atlético Sorocaba 2–0 in the final.

Estádio Augusto Bauer is a football stadium located in Brusque city, Santa Catarina state, Brazil. It hosted the home games of Clube Atlético Carlos Renaux from 1931 to 1987 and currently hosts the games of Brusque Futebol Clube. The stadium has a maximum capacity of 5,000 people and was built in 1931.