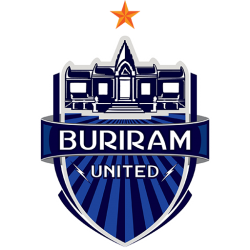 Buriram United Football Club (Thai: สโมสรฟุตบอลบุรีรัมย์ ยูไนเต็ด) is a professional football club based in Buriram, Thailand. The club has played at the top level of Thai football for the majority of their existence and is competing in the Thai League 1. The club was founded in 1970 as PEA FC (Provincial Electricity Authority Football Club) before reformed in to Buriram PEA then Buriram United in 2010 and 2012 respectively. Their home stadium is Chang Arena which has a capacity of 32,600.

Buriram United won their first Thai League 1 title in 2008 and the Kor Royal Cup in 1998, as PEA FC. The club was previously based in Ayutthaya before moving east to Buriram for the 2010 season. In the 2011 season, Buriram PEA were the first team in Thai football history to win all the domestic trophies, as the triple champions of the (2011 Thai Premier League, 2011 Thai FA Cup, and 2011 Thai League Cup).