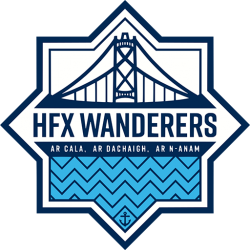 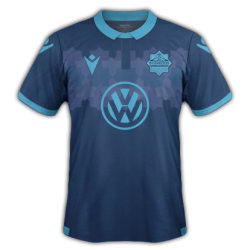 HFX Wanderers Football Club, commonly known as HFX Wanderers, and also spoken as Halifax Wanderers, is a Canadian professional soccer club based in Halifax, Nova Scotia. The club competes in the Canadian Premier League at the top of the Canadian soccer league system, and play their home matches at Wanderers Grounds.

Wanderers Grounds is a sporting complex in Halifax, Nova Scotia, which was originally part of the Halifax Commons. The land was used in the 1880s by the Halifax Wanderers Amateur Athletic Club (WAAC) and was their home grounds for the sports of rugby, lawn bowling , Leased to the club in the 1800s, the club failed to pay its lease fees during the Second World War and the land's use reverted to the City of Halifax (Halifax Regional Municipality) who have maintained it since then. The Wanderers Grounds was also the home of the Halifax Pelham Canadians of the Nova Scotia Senior Baseball league 1977–2008. Babe Ruth made an appearance at the grounds in 1942 during a navy baseball game between Halifax and Toronto. He faced Halifax pitcher Awkie Titus but failed to hit a home run.