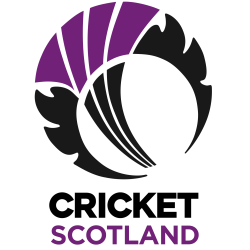 The Scotland national cricket team represents the country of Scotland. They play their home matches at The Grange, Edinburgh, and also some other venues.

Scotland became Associate Members of the International Cricket Council (ICC) in 1994 after severing links with the England cricket team two years earlier. Since then, they have played in three Cricket World Cups (1999, 2007 and 2015) and three ICC World Twenty20 tournaments (2007, 2009 and 2016). However, their first win in either of these events did not come until they beat Hong Kong in the 2016 World Twenty20. Scottish cricket team is governed by Cricket Scotland.

Scotland have also played in every ICC Intercontinental Cup tournament, winning the inaugural edition in 2004. Between 2010 and 2013, the team competed in the ECB 40 as the Scottish Saltires.

Kyle Coetzer became captain of the side in November 2016 after Preston Mommsen who had captained the side since September 2014 stepped down. The coach is South African Shane Burger, who took on the role in January 2019.

In April 2018, the ICC decided to grant full Twenty20 International (T20I) status to all its members. Therefore, all Twenty20 matches played between Scotland and other ICC members after 1 January 2019 are a full T20I.