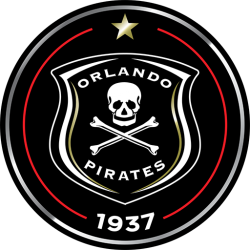 Orlando Pirates Football Club is a South African professional football club based in the Houghton suburb of the city of Johannesburg and plays in the top-tier system of Football in South Africa known as Premier Soccer League, The team plays its home matches at Orlando Stadium in Soweto.

Orlando Pirates drew an average home attendance of 14,533 in the 2016-17 domestic league season. It became the second highest in the league.

One of their biggest rivalries, besides the one with Kaizer Chiefs, is the rivalry with Moroka Swallows.

Orlando Stadium is a multi-purpose stadium, in Soweto, a suburb of Johannesburg, in Gauteng province in South Africa. It is home venue for Orlando Pirates Football Club, a professional soccer team, which plays in the Premier Soccer League