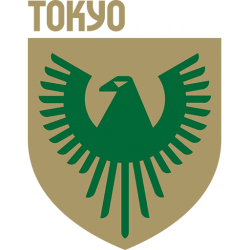 Tokyo Verdy (東京ヴェルディ, Tōkyō Verudi) is a Japanese professional football club based in Chōfu, Tokyo. The club plays in the J2 League, the second tier of football in the country.

Founded as Yomiuri FC in 1969, Tokyo Verdy is one of the most decorated clubs in the J.League, with honours including 2 J.League titles, 5 Emperor's Cups, 6 JSL Cup / J.League Cups and an Asian Club Championship title, and the most successful team in Japanese football history with 25 titles.

Verdy's plays its home games at the 50,000 capacity Ajinomoto Stadium, which it shares with FC Tokyo, although many home matches are played in other stadiums in Tokyo, including Tokyo National Stadium.