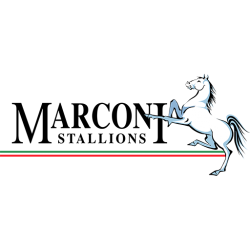 The Stallions are the soccer team of Club Marconi, a social and sporting club founded in 1958 by immigrants from Italy who settled in Sydney's western suburbs. It earned promotion to the top tier of soccer in New South Wales and established itself as one of the strongest clubs in Sydney during the 1970s, before becoming a founding member of the National Soccer League in 1977. Marconi was, along with South Melbourne, one of just two clubs to compete in all 27 seasons of the now-defunct National Soccer League. The club won its first national title in 1979 but the Stallions' heyday came in the late 1980s and early 1990s, when they won a further three NSL titles across six seasons, twice also finishing on top of the ladder as minor premiers.

Marconi currently competes in the National Premier Leagues NSW; the second tier of the game in Australia. Its home games are played at the 9000-capacity Marconi Stadium in the suburb of Bossley Park in Sydney's west; a venue known affectionately by players and fans as the Palace. Over the years, the club has been known as Club Marconi, Marconi-Datsun Leopards, Marconi-Fairfield and Marconi Stallions.

Throughout the club's history, it has been an institution of the Italian community in Sydney, and its playing colours have varied between a light blue azzurro strip in homage to the Italian national team and a combination of green shirt, white shorts, red socks: the colours of the Italian flag.

Marconi Stadium is a soccer stadium in Sydney, Australia. It is the home ground for Marconi Stallions, as well as regularly hosting matches for the Western Sydney Wanderers FC National Youth League and W-League teams.