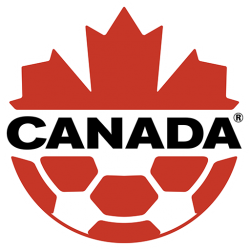 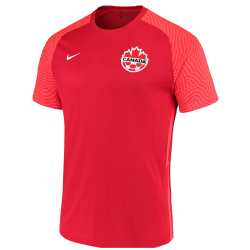 Their most significant achievements are winning the 1985 CONCACAF Championship to qualify for the 1986 FIFA World Cup and winning the 2000 CONCACAF Gold Cup to qualify for the 2001 FIFA Confederations Cup. Canada is the only national team to win a Gold Cup aside from regional powerhouses Mexico and the United States. Canada also won a gold medal in the 1904 Summer Olympics. The 1986 World Cup was their only successful qualification campaign in their history. Canada will host the 2026 FIFA World Cup along with Mexico and the United States.

BMO Field is an outdoor stadium located at Exhibition Place in Toronto, Ontario, Canada, which is home to Toronto FC of Major League Soccer and the Toronto Argonauts of the Canadian Football League. Constructed on the site of the former Exhibition Stadium and first opened in 2007, it is owned by the City of Toronto, and managed by Maple Leaf Sports & Entertainment. The stadium's naming rights are held by the Bank of Montreal, which is commonly branded as "BMO".

BMO Field was originally constructed as a soccer-specific stadium to serve as the home field of the expansion Toronto FC, and hosted matches during the 2007 FIFA U-20 World Cup and 2014 FIFA U-20 Women's World Cup. In 2010, when it was still a neutral-site game, BMO Field hosted the MLS Cup. It has since hosted the 2016 and 2017 finals featuring Toronto FC, under the current practice of giving home field advantage to the side with the better regular season record. The venue has also hosted rugby union, including matches of Canada's national team, and rugby sevens during the 2015 Pan-American Games.