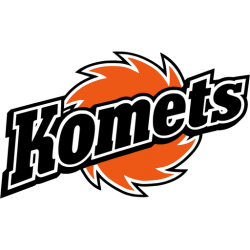 The Fort Wayne Komets are a minor league ice hockey team in the ECHL. They play their home games at the Allen County War Memorial Coliseum in Fort Wayne, Indiana. This team was previously a member of the Central Hockey League, the original International Hockey League, and the second International Hockey League. They have won four post-season championship titles in the original IHL in 1963, 1965, 1973, and 1993, four in the UHL/second IHL in 2003, 2008, 2009, and 2010, and one in the CHL in 2012. In all of North American professional hockey, only the Original Six teams of the NHL and the Hershey Bears of the AHL have played continuously in the same city with the same name longer than the Komets.

Allen County War Memorial Coliseum is a 13,000-seat multi-purpose arena located in Fort Wayne, Indiana, near present-day Johnny Appleseed Park. It opened in 1952 with a construction cost of nearly $3 million. The Allen County War Memorial Coliseum was originally designed to seat 8,103 for hockey or 10,240 for basketball. Opened in 1989, the Coliseum's $26 million Exposition Center contains 108,000-ft² (0.100-km2) devoted to hosting substantial trade shows and other events with seating for 7,500.

In 2002, an extensive $35 million renovation and expansion raised the Allen County War Memorial Coliseum's roof by 41 feet (12 m), thus increasing the arena's seating capacity to 10,500 for hockey or music concerts and 13,000 for basketball. The structure was designed by A.M. Strauss Architects.