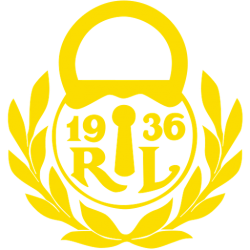 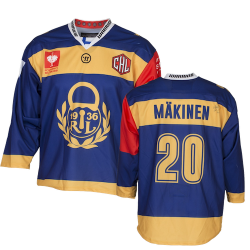 Lukko (Finnish for "lock") is a Finnish sports club based in Rauma, Finland, best known for its men’s professional ice hockey team. The club was founded as Rauma Woodin Lukko in 1936. The representative team currently plays in the Finnish Liiga, the premier men’s professional ice hockey league in Finland. They play their home games in the Äijänsuo Arena, which has a capacity of 5,400 spectators. Lukko won the SM-sarja Finnish Championship once, in 1963. The club also has a top-tier women’s representative ice hockey team, which plays in the Naisten Liiga, and a top-tier women’s representative pesäpallo team, which plays in the Superpesis. Äijänsuo Arena is an arena in Rauma, Finland. It is primarily used for ice hockey, and is the home arena of Lukko. It opened in 1970 and holds 5400 people. The name of the arena was changed to "Lännen Puhelin Areena" in autumn 2006. And it changed in year 2007 to DNA Areena, when DNA bought/formed with Lännen Puhelin. Now the name is "Kivikylän areena". Opening match of the U18 World Championships will be played at Äijänsuo with Finland hosting Sweden.