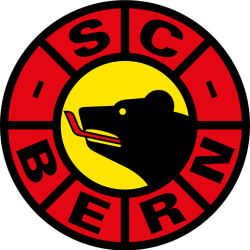 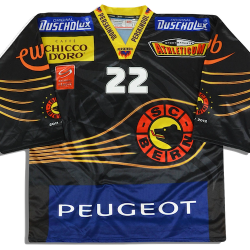 Schlittschuh Club Bern (Ice-skating Club Bern in English) is an ice hockey team based in Bern, Switzerland. They play in the National League (NL), the top tier of the Swiss hockey league system. For the 18th year in a row, the club is the most attended ice hockey team in Europe for the 2018–19 regular season, averaging 16,290 spectators.

They are traditional rivals with HC Fribourg-Gottéron, EHC Biel, and the SCL Tigers. The PostFinance-Arena (originally known as Eisstadion Allmend and Bern Arena) is an arena in Bern, Switzerland. It is primarily used for ice hockey and is the home arena of SC Bern. It was built in 1967 and currently accommodates 17,031 people. A characteristic of the PostFinance Arena is that it has the world's largest standing room grandstand within an arena, with a capacity of 10,422 bench seats.

The PostFinance Arena was the main arena for the 2009 IIHF World Championships, and has already hosted the inaugural Victoria Cup. Likewise, in May 2016, the 2016 European Women's Artistic Gymnastics Championships were held at the arena.