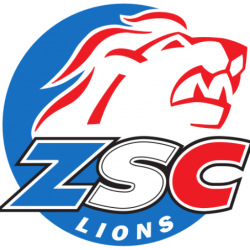 The Zürcher Schlittschuh Club Lions (ZSC Lions) are a professional ice hockey team located in Zürich, Switzerland, playing in the National League (NL). The home arena, the 11,200 seat Hallenstadion, is in the Zürich district of Oerlikon. The team was founded in 1930 and played at the Dolder-Kunsteisbahn from its establishment until 1950. The Hallenstadion (German: Zürcher Hallenstadion, Zürich Indoor Stadium) is a multi-purpose facility located in the quarter of Oerlikon in northern Zürich. It is home to the ZSC Lions of the National League (NL) and has a capacity of 11,200 spectators. Designed by Bruno Giacometti, it opened on November 4, 1939, and was renovated in 2004–05.

The Lions are set to move out of the Hallenstadion at the end of the 2021/22 season to move in a new 12,000-seat arena a few kilometers away in the Altstetten area. Construction for the new Swiss Life Arena officially began on 6 March 2019, with completion scheduled for the summer of 2022.