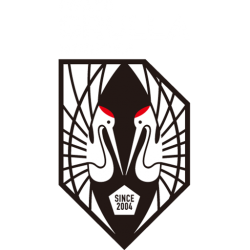 Iwate Grulla Morioka (いわてグルージャ盛岡, Iwate Gurūja Morioka) is a Japanese association football club based in Morioka, Iwate. It played in the inaugural season of J3 League in 2014 after winning the Tohoku Soccer League, one of the Japanese Regional Leagues, in 2013.

"Grulla" is the Spanish word of "crane", which was used in the mon of Nanbu clan of former Morioka han and later became the local symbol of Morioka.

In 2003, a nonprofit organization Association of Setting Up a J. League Team in Morioka (Jリーグチームを盛岡に作る会, J Rīgu chīmu wo Morioka ni tsukuru kai) was founded, and the team was reorganized and changed their name to Grulla Morioka (グルージャ盛岡) in February 2004 with the intention of achieving elevation to the J. League by 2008.

Under the new organization, former JEF United and Oita Trinita player Shinichi Muto was invited to coach and captain the team with the company of players from the defunct Villanova Morioka and from J2 league. They played their first match on May 9, 2004, and it could be seen as an introduction to the local press beforehand. They won the second division Tohoku Soccer League in 2004 and moved to the first division in 2005. In the same year, they won their first league championship, which was shared with TDK S.C. Toru Yoshida has been coaching the team since 2006.

From the 2019 season, the club has adopted the new name as "Iwate Grulla Morioka". Iwagin Stadium (いわぎんスタジアム) is a football stadium in Morioka, Iwate Prefecture, Japan. It was formerly known as Morioka Minami Park Stadium. Since April 2016 it has been called Iwagin Stadium for the naming rights by Bank of Iwate.

It is one of the home stadium of football club Grulla Morioka.