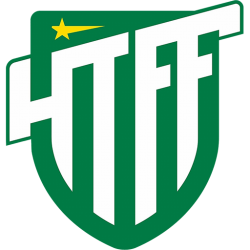 Piteå IF vs Hammarby Talang (09 Oct)

Hammarby Talang FF, commonly known as HTFF, is a Swedish football club from Stockholm. Originally founded in 2003, the club was dissolved in 2011, before being re-incorporated in 2016 and again in 2021.

Competing in Division 1, the domestic third tier, it is the feeder team of Hammarby IF focused on providing experience and training for young players.

The club holds home matches at the stadium Hammarby IP in the district of Södermalm, holding 3,700 spectators. Its colours are black and yellow, as an homage to its latest predecessor IK Frej.

The stadium was officially opened by Gustaf VI Adolf, at the time the crown prince of Sweden in 1915.

Due to Hammarby IF DFF winning promotion to Damallsvenskan in 2014 season it was unclear if Hammarby IF DFF still would play in Kanalplan. The stadium didn't meet the requirements for the top-tier league because of "bad condition of the field and the surrounding area".

In October 2014, it was announced that Kanalplan is planned for renovation for the upcoming season.