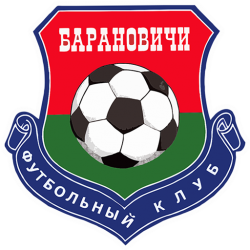 FC Baranovichi is a Belarusian football club based in Baranavichy, Brest Oblast. Their home stadium is Lokomotiv Stadium, Baranavichy. The club was founded in 1945 and had changed its name several times during its history. Team colors are red and blue.

Since 1995 the club is permanently known as FC Baranovichi. Lokomotiv is a multifunctional stadium located in Baranovichi , Belarus . It is the home arena of Baranovichi football club . The capacity of the stadium is 3850 people.

Located in the quarter between the streets of Lenin , Voikov , Baranov , at st. Lenin, 22 . It is a legal entity, has a separate bank account, a seal with the image of the State Emblem of the Republic of Belarus and its name, stamps, forms, etc.