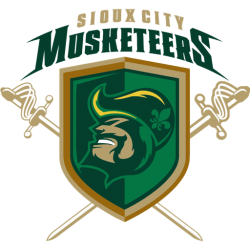 The Sioux City Musketeers is a Tier I junior ice hockey team playing in the Western Conference of the United States Hockey League (USHL). The Musketeers' home ice is Tyson Events Center.

The arena has three spectator levels: one suite level and two general seating levels named the 100 level and the 200 level, respectively. Its official maximum capacity is 10,000.

Owned by the City of Sioux City, it is located on the riverfront overlooking the Missouri River. The venue was operated by the city as well until January 2018 when the city contracted with Philadelphia-based venue management firm Spectra to handle matters such as booking, marketing, staffing and food and beverage service.