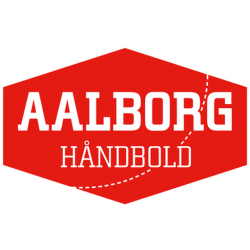 Aalborg Handball (Danish: Aalborg Håndbold) is a handball club from Aalborg, Denmark that competes in the Danish Handball League. Aalborg Håndbold play there home games in the Gigantium arena in Aalborg - known as Jutlander Bank Arena for sponsorship reasons.

Aalborg Håndbold has won 6 Danish Championships and 1 Danish Cup. Aalborg is the only Danish and also the only Nordic men's team to reach the final in the EHF Champions League.

The Gigantium (called Jutlander Bank Arena for sponsoring reasons), in Aalborg, Denmark, is a large, rentable faire building, which hosts a large variety of concerts, markets and exhibitions, among other things.

It has a capacity of 5,000 people. For concerts, the capacity is 8,500 people. In addition, there is an ice rink/arena for training purposes, a swimming pool and an athletics hall within the sports complex. The main arena building was severely damaged by a fire on 5 July 2017.