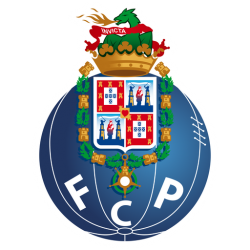 Futebol Clube do Porto (Portuguese pronunciation: ), commonly referred to as FC Porto or simply Porto, is a Portuguese professional handball team based in Porto. Created in 1932, it is the senior representative side of the handball section of multi-sports club FC Porto.

The team competes domestically in the top-tier league Andebol 1 and internationally in European Handball Federation club competitions, such as the EHF Champions League and the EHF Cup. It plays its home matches at the Dragão Arena, alongside the club's basketball and roller hockey teams, and is managed by Swedish head coach Magnus Andersson.

The Dragão Arena (formerly named Dragão Caixa for sponsorship reasons) is an indoor arena located in Porto, Portugal, that houses the basketball, handball and roller hockey teams of FC Porto. It was inaugurated on 23 April 2009 and has a capacity of 2,179 spectators. The construction project was done in partnership with Portuguese state-owned bank Caixa Geral de Depósitos, which secured the naming rights for a period of 10 years.

The arena was designed by Manuel Salgado, the architect of the Estádio do Dragão. It was projected to house the club's basketball, handball and roller hockey teams under the same roof for the first time since 2001, when the previous ground – Pavilhão Americo de Sá – was demolished ahead of the stadium construction works.