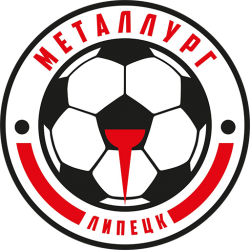 Their best result came in 1997 when they came 2nd in the Russian First Division.

In September 2006 the coach Stanislav Bernikov of the Russian third division rushed a goon squad after a defeat on 25 September 2006 on his players, the Rowdys targeted the team with ebonite bullets. Three players suffered with injuries and went to a hospital; the coach Bernikov was then summarily dismissed.

In 2008, they won the Russian Second Division in the Center Zone and were promoted for 2009 Russian First Division but relegated again to third level after finishing First Division as 19th.

On 10 June 2021, they secured first place in their PFL group and promotion to the second-tier Russian Football National League for the 2021–22 season, for the first time since 2009.

Metallurg Stadium (Russian: «Металлург») is a football stadium in Samara, Russia, and is home to Russian Premier League club FC Krylia Sovetov. Built in 1957, Metallurg Stadium has a capacity of 33,001 seats since its latest renovation. It has also been repeatedly awarded the VCSPS Diploma, which rates the quality of all sport complexes in Russia.