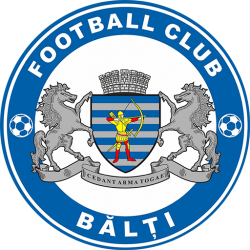 The club was founded in 1984 as FC Zarya (Russian: ФК Заря Бельцы), and in 1991, when Moldova gained its independence, the club was renamed to FC Olimpia Bălți. In July 2014 it was decided to return to the old name - FC Zaria Bălți.

FC Bălți gained worldwide notoriety in December 2009 for putting an online bid through which the winner would awarded a one-year contract as a player with the club. The winner was a Brazilian businessman who had a brief career as a footballer in his native country. Nevertheless, the winning bidder declined the position stating that, since he never paid the application fee, he assumed his bid would not be taken into account. In April 2010 the club called for a new bidding round. The winner was never announced, though.

Stadionul Orășenesc, usually named Olimpia Bălți Stadium, is a multi-use stadium in Bălți, Moldova. It is currently used mostly for football matches and is the home ground of Zaria Bălți.The stadium holds 5,953 people.