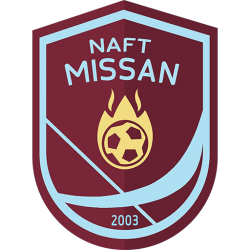 Maysan Stadium, is a multi-use stadium in Amarah, Iraq. The stadium holds 25,000 people and was opened in 1987.

Plans were made to renovate the stadium after 2003, but work began only in 2011. The project included rehabilitating the VIP area, the pitch, installing 25,000 seats, a new running track, a roof over the entire stadium and other facilities within the stadium compound.

Renovation work soon stopped due to lack of money. In 2016, work restarted and on July 22 of 2017, the stadium was officially opened, although the roof has not yet been completed.