The Tigres were founded in Mexico City in 1955 and played there through the 2006 season. The team was founded by industrial businessman Alejo Peralta, and was long owned by his son, Carlos Peralta. The team was purchased by an ownership group including Major League Baseball All-Star pitcher Fernando Valenzuela in 2017.

They have a competitive and long-standing rivalry known as the Guerra Civil (Civil War) against their former crosstown rivals the Diablos Rojos del Mexico. The Tigres won the Mexican League championship in their inaugural season, an achievement that has never been matched, and was dubbed: "El equipo que nació campeón" (English: The team that was born as champion). The Tigres are a perennial powerhouse and have won 18 division and 12 league championships since their inception. Estadio de Béisbol Beto Ávila is a stadium in Cancún, Mexico. It is primarily used for baseball, and is the home field of the Quintana Roo Tigres Mexican League baseball team. It has a capacity of 9,500 people. It is named to honor Beto Ávila the former Mexican major league baseball (known as Bobby Avila in the U. S.) most remembered for his years with the Cleveland Indians (1949–58) where he won the American League batting title in 1954 with an average of .341, and where he was selected to the AL All Star Team in 1952, '54, and '55. After splitting time with the Baltimore Orioles, Boston Red Sox, and Milwaukee Braves in 1959, his last year of active play (1960) was with the Tigres del México.

In the 1980s the park, originally with a capacity of 4,500 was the homefield of the Marlins de Cancún. It became an LMB park in 1996 when the Langosteros de Quintana Roo (Quintana Roo Lobstermen) were promoted to that league. The park was expanded to seat 7,000. However, after the Lobstermen left Cancún the stadium was heavily damaged by Hurricane Wilma in October 2005. In 2006 renovations were undertaken to rebuild and expand the stadium and draw an LMB team back to Cancún. After the 28 million peso renovation the Tigres played the 2007 season with Beto Ávila as their homefield. 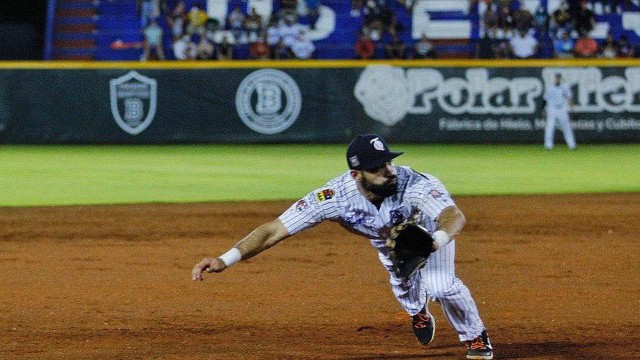