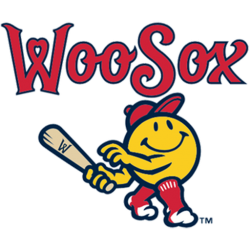 The Worcester Red Sox (nicknamed the WooSox) are a professional minor league baseball team based in Worcester, Massachusetts. Beginning play in 2021, the team is the Triple-A affiliate of the Boston Red Sox, succeeding the Pawtucket Red Sox. The team competes in the Triple-A East league and plays home games at the newly constructed Polar Park in Worcester.

Polar Park is a baseball park in Worcester, Massachusetts, serving as the home of the Worcester Red Sox, a Minor League Baseball team competing at the Triple-A level and an affiliate of the Boston Red Sox. Opened for the 2021 Triple-A season, it has a seating capacity of 9,508 people. Polar Beverages, a local beverage company based in Worcester, has retained the naming rights to the ballpark.