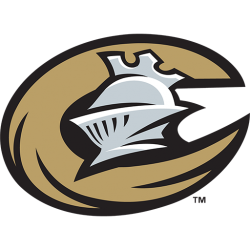 The Charlotte Knights are a Minor League Baseball team of the Triple-A East and the Triple-A affiliate of the Chicago White Sox. They are located in Charlotte, North Carolina, and play their home games at Truist Field, which opened in 2014 and is located in Uptown Charlotte. The team previously played at Knights Park (1976–1988), Knights Castle (1989), and Knights Stadium (1990–2013).

Truist Field is a baseball stadium in Charlotte, North Carolina. The Uptown-area stadium hosts the Charlotte Knights, a Triple-A Minor League Baseball team in the Triple-A East. It is also the third sports building to be built in Uptown, after Bank of America Stadium (home of the NFL's Carolina Panthers) and Spectrum Center (home of the NBA's Charlotte Hornets).