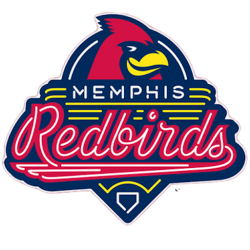 The Memphis Redbirds are a Minor League Baseball team of the Triple-A East and the Triple-A affiliate of the St. Louis Cardinals. They are located in Memphis, Tennessee, and are named for their Major League Baseball affiliate. The Redbirds play their home games at AutoZone Park, which opened in 2000 and is located in Downtown Memphis. The team previously played at Tim McCarver Stadium in 1998 and 1999.

The Redbirds were established as an expansion team of the Triple-A Pacific Coast League (PCL) in 1998. In conjunction with Major League Baseball's reorganization of Minor League Baseball in 2021, Memphis was placed in the Triple-A East. A total of eight managers have led the club and its over 500 players. As of the cancellation of the 2020 season, the Redbirds have played in 3,140 regular season games and compiled a win–loss record of 1,583–1,557. Memphis has qualified for the postseason on six occasions and won the PCL championship in 2000, 2009, 2017, and 2018. The Redbirds won the Triple-A National Championship Game in 2018. They have a postseason record of 30–20. Combining all 3,190 regular season and postseason games, the Redbirds have an all-time record of 1,613–1,577.