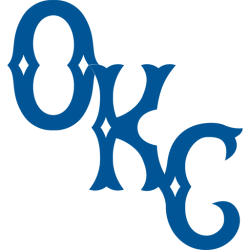 The Oklahoma City Dodgers are a Minor League Baseball team in the Triple-A West and the Triple-A affiliate of the Los Angeles Dodgers. They are located in Oklahoma City, Oklahoma, and play their home games at Chickasaw Bricktown Ballpark which opened in 1998 in the city's Bricktown district.

Oklahoma City has won four league championships. The 89ers won the PCL championship in 1963 and 1965 as the Triple-A affiliate of the Houston Colt .45s/Astros. They later won the American Association championship in 1992 and 1996 with the Texas Rangers.

Chickasaw Bricktown Ballpark opened in 1998 in downtown Oklahoma City's Bricktown Entertainment District, replacing All Sports Stadium. It is the home of the Oklahoma City Dodgers, the Triple-A affiliate of the Los Angeles Dodgers Major League Baseball team. The park has seating for up to 13,066 fans and currently utilizes a seating capacity of 9,000 for Dodgers games.

The stadium frequently hosts the Phillips 66 Big 12 Baseball Tournament and is slated to host the tournament through 2020. The first Big 12 tournament was held at All Sports Stadium in 1997 before moving to Bricktown in 1998. The tournament has been held at Bricktown every year since, except for 2002 and 2004, when it was contested at Rangers Ballpark in Arlington, the home park of the Texas Rangers, and in 2015 when Tulsa hosted the tournament. The ballpark also often hosts games of the Bedlam Series, in which the Oklahoma Sooners face the Oklahoma State Cowboys.

The ballpark also hosts numerous other events both during and outside the baseball season. Those events include the Oklahoma High School Baseball Series in March, the snow tubing WinterFest November–January, a variety of community walks and runs, concerts, parties, corporate outings, meetings, seminars and more.