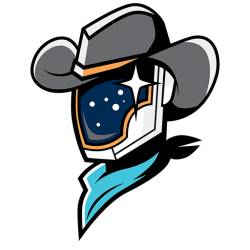 The Sugar Land Skeeters are a Minor League Baseball team of the Triple-A West and the Triple-A affiliate of the Houston Astros Major League Baseball club. They are located in Sugar Land, Texas, part of the Greater Houston metropolitan area, and play their home games at Constellation Field. Their name is a Southern slang word for mosquitos, which are common on summer nights in Southeast Texas.

The Skeeters began play as an expansion team of the Atlantic League of Professional Baseball (ALPB), an independent baseball league, in 2012. Over eight seasons, they won two league championships (2016 and 2018). In 2020, the Skeeters competed in the Constellation Energy League, a makeshift league they hosted in light of the Atlantic League's cancelled season due to the COVID-19 pandemic. In conjunction with Major League Baseball's reorganization of the minors after the 2020 season, the Houston Astros purchased an ownership stake in the team and made them their Triple-A affiliate in the Triple-A West.

Constellation Field is a baseball park located in Sugar Land, Texas. It is the home of the Sugar Land Skeeters, who began play in 2012. In 2021 the Skeeters became a part of the Triple-A West league. The park also has the ability to host rugby union, American football, soccer, lacrosse, and cheerleading competitions, as well as concerts. Constellation Field has a capacity of 7,500 spectators for baseball games, and 9,500 spectators for concerts.