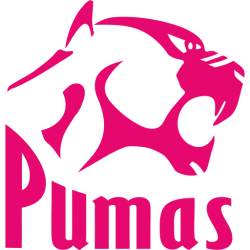 The Pumas (known as the MRU. New Nation Pumas for sponsorship reasons) are a South African rugby union team that competes in the Premier Division of the Currie Cup and the Northern Section of the Vodacom Cup. The team draws their players from Mpumalanga Province (formerly known as the South Eastern Transvaal) and plays at the Mbombela Stadium in Mbombela, having previously also played at the Puma Stadium in Witbank.

The Pumas are a well supported team throughout Mpumalanga Province, with large fan bases located in Witbank, Middelburg, Ermelo and Mbombela.

The Mbombela Stadium is a football and Rugby union all-seater stadium in Mbombela formerly Nelspruit in the Mpumalanga province of South Africa was built for the 2010 FIFA World Cup, It was one of 10 venues for the tournament and one of 5 newly constructed stadiums. It is the home ground for the Pumas. It is an all-seater stadium, with 40,929-seats, almost all under roof.

It is located 6 kilometres west of Mbombela, the capital of the Mpumalanga province and is the largest venue in the province. The R1,050-million facility was ready for use well ahead of the June 2010 World Cup kickoff and was funded entirely through central government taxpayer funding, requiring no financing by the city.