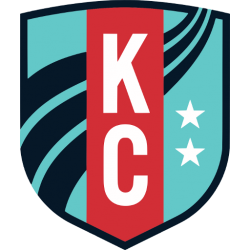 Kansas City Current is an American professional women's soccer team based in Kansas City, Kansas. It began play as an expansion team in the National Women's Soccer League (NWSL) in 2021.
Due to the short turnaround between the team's founding and the 2021 NWSL season, the ownership announced in January 2021 that the team would play its inaugural season under the temporary name Kansas City NWSL with temporary crest and colors; a full brand development process would take place so that a permanent team name, crest, and colors will be in place for the 2022 NWSL season.
On October 30, 2021, the team revealed its name as Kansas City Current with new crest for the 2022 season. Kansas City played its 2021 home matches at Legends Field in Kansas City, Kansas.
The club announced in September 2021 that it would host all home matches at Children's Mercy Park beginning with the 2022 season.
Children's Mercy Park is a soccer-specific stadium in Kansas City, Kansas, United States, and is the home of Sporting Kansas City. The stadium is located near Kansas Speedway, on the far west side of Wyandotte County, Kansas. It opened during the 2011 season of Major League Soccer on June 9, 2011 with a match against the Chicago Fire. The stadium has a seating capacity of 18,467 seats, which can expand to 25,000 for concerts.