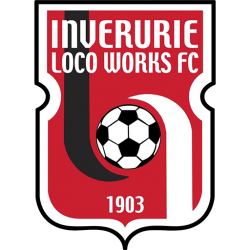 The club was founded in 1903 by workmen from the Great North of Scotland Railway (GNSR) who had their Locomotive, and Carriage and Wagon Workshops in Inverurie, hence from where the football club got its name. On National Railway Company 'Grouping' in 1923, the GNSR became part of the London & North Eastern Railway, one of the UK's big four railway companies at that time, and the football club lived on. The Locomotive Workshops themselves were formally closed in 1970 on the forming of British Rail Engineering Limited (BREL), a wholly owned subsidiary of the British Railways Board at that time.

Despite the closure, Inverurie Loco Works F.C. continued to play. Having competed in the Aberdeenshire and North East Junior Leagues for many years, they became a senior club in 2001 when their application to join the SHFL was successful.