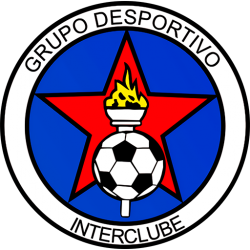 Grupo Desportivo Interclube, usually known as Interclube or Inter de Luanda, is an Angolan football club based in Luanda. The club is attached to the Angolan police force. Interclube is one of the two clubs based in Luanda (the other one is 1º de Agosto) with a stadium of its own as all the remaining clubs in the capital play their home matches at the state-owned 11 de Novembro and Coqueiros. The stadium, built in 2004, has an 10,000-seat capacity.

The Estádio 22 de Junho (22 June stadium) is an Angolan stadium built and owned by G.D. Interclube and is the venue for the club's home games in all events that it takes part of. The 8,000-seat stadium was inaugurated on February 2nd 2005 and is located in the Rocha Pinto neighborhood, Maianga district, Luanda, Angola. The stadium is one of the few private-owned stadiums in Luanda as the remaining teams based in the capital play in state-owned 11 de Novembro, Cidadela and Coqueiros.