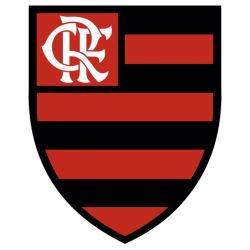 Clube de Regatas do Flamengo, commonly known as Flamengo/Marinha, is a professional women's association football club based in Rio de Janeiro, Brazil. Founded in 1995, the team is affiliated with FFERJ and play their home games at Estádio da Gávea. The team colors, reflected in their logo and uniform, are red and black. They play in the top tier of women's football in Brazil, the Campeonato Brasileiro de Futebol Feminino, and in the Campeonato Carioca de Futebol Feminino, the first division of the traditional in-state competition. Their players belong to the Brazilian Navy, which has formed a partnership with the team in 2015.

The Estádio da Gávea ("Gávea Stadium", in English), also known as Estádio José Bastos Padilha is a football stadium, inaugurated on September 4, 1938, in the Lagoa neighborhood, of Rio de Janeiro, Brazil. It has a maximum capacity of 4,000 spectators, and is the home ground of Flamengo, its owner. Flamengo rarely plays at Estádio da Gávea. The club's most used stadium is Maracanã.