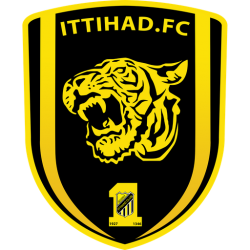 Al-Ittihad Club (Arabic: نادي الاتحاد) is an Omani sports club based in Salalah, Oman. The club is currently playing in Oman First Division League, first division of Oman Football Association. Their home ground is Al-Saada Stadium, but they also recognize the older Salalah Sports Complex as their home ground. Both stadiums are government owned, but they also own their own personal stadium and sports equipment, as well as their own training facilities.

The Al-Saada Stadium (Arabic: أستاد السعادة), also known as Al-Saada Sports Complex (Arabic: مجمع السعادة الرياضي) is a government owned multi-use stadium in the Al-Saada district of Salalah, Oman. The stadium is used only for football matches and is the home stadium of Salalah-based clubs Dhofar, and Al-Nasr. The stadium has originally had a capacity of an estimated 12,000 people, but due to renovation in 2010 the stadium became an all-seater decreasing the maximum capacity to an estimated 8-9,000 spectators. Although being opened officially in 2009, the stadium ever since has been undergoing renovation, and because of protest from the football community in the city because of the unexpected outcome, the stadium has undergone a plan to eventually house close to 20,000 spectators.

Aside from the stadium itself, there is also a sports complex housed within the compound, which includes a hockey field, tennis court, Olympic-size swimming pool, and an indoor volleyball/basketball stadium.

Unlike the Salalah Sports Complex located in the Auwqad district of Salalah, the Al-Saada Stadium features seating completely around the field, and does not include a running track, making the atmosphere more powerful and closer to the action.