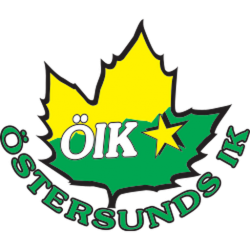 Djurgårdens IF vs Östersunds IK (09 Dec)

Östersunds IK is a Swedish ice hockey club from Östersund. The club was founded in 1965 and has played 21 seasons in Sweden's second-tier hockey league. In 2003, the club transferred its A-team to Jämtland Hockey and played three years under that name while Östersunds IK was left with only its youth hockey programs. Then in 2006, Östersunds IK merged with Brunflo IK and took over Jämtland Hockey's position in Division 1.

On 29 April 2022, the club got promoted to HockeyAllsvenskan, the second tier of Swedish ice hockey, for first time.

Östersund Arena is a multi-purpose venue in Östersund, Sweden. The arena can be used for curling, ice hockey, field hockey, figure skating, gymnastics. The arena opened in 2013, and replaced the Z-hallen for the Östersunds IK ice hockey team.