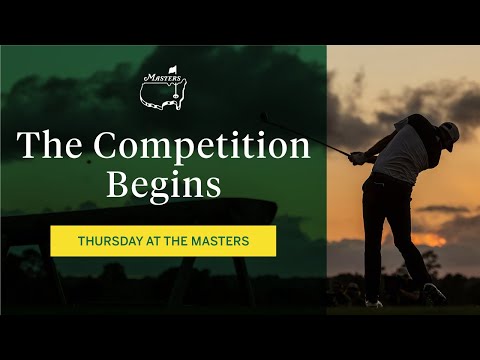 The Masters Tournament (usually referred to as simply The Masters, or the U.S. Masters outside of North America) is one of the four major championships in professional golf. The Masters is the first major of the year, and unlike the others, it is always held at the same location, Augusta National Golf Club, a private course in the southeastern United States, in the city of Augusta, Georgia.
The tournament has a number of traditions. Since 1949, a green jacket has been awarded to the champion, who must return it to the clubhouse one year after his victory, although it remains his personal property and is stored with other champions' jackets in a specially designated cloakroom.

Players who started in the morning benefitted from soft greens after play had to be suspended for nearly three hours due to rain. As a result of the delay, more than 40 players had yet to finish their rounds when play was stopped due to insufficient daylight and will have to finish on Friday.