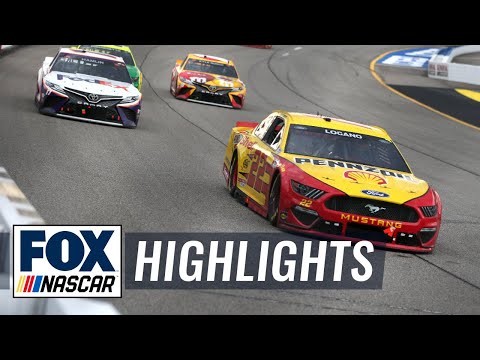 The Toyota Owners 400 is a 400 lap NASCAR Cup Series stock car race held at the Richmond Raceway in Richmond, Virginia. From 2007 to 2011, former race title sponsor Crown Royal named the race after the winner of an essay contest during Daytona Speedweeks. The winner of the first essay contest was Jim Stewart from Houma, Louisiana, with subsequent contests won by Dan Lowry of Columbiana, Ohio, and Russ Friedman of Huntington, New York, with the 2010 race being named for Army veteran Heath Calhoun of Clarksville, Tennessee. Since 2010 only military service members have been eligible to win the contest. Crown Royal moved the "Your Name Here" sponsorship to the Brickyard 400 beginning in 2012.

Alex Bowman could only shake his head and give kudos to the crew of his No. 48 Hendrick Motorsports Chevrolet following a dramatic victory over Denny Hamlin Sunday in the Toyota Owners 400 at Richmond Raceway.
Bowman took the lead for the first time all race on a restart with 10 laps remaining and easily pulled away from Hamlin, who had been the day’s most dominant driver. Bowman’s .381-second winning margin earned the 27-year old his first victory of the season, third of his career and first ever on a short track. He is the eighth different race winner in nine NASCAR Cup Series races this season.