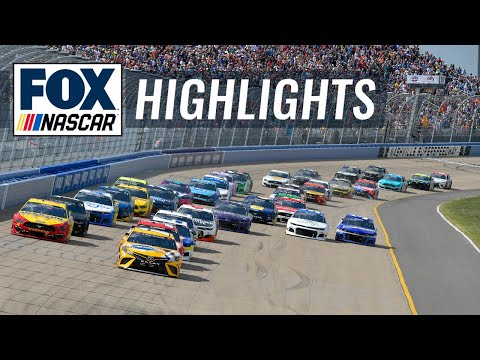 The Ally 400 is a NASCAR Cup Series race at Nashville Superspeedway in Gladeville, Tennessee. The first race will take place in 2021, the first Cup event in the Nashville area since 1984.
The Cup Series last raced in the Nashville area in 1984 at Fairgrounds Speedway. Nashville Superspeedway, a 1.33-mile (2.14 km) oval in Gladeville near the town of Lebanon, opened in 2001 with the NASCAR Busch Series conducting the inaugural event. NASCAR chairman Bill France Jr. was present at the track's opening on April 11, while Cup drivers Dale Earnhardt, Bobby Hamilton, Sterling Marlin, and Darrell Waltrip were honorees. Seating capacity was 50,000, which was not considered enough for a Cup crowd at the time, though Denis McGlynn of track operator Dover Motorsports noted in 1999 that the stands could be doubled or tripled should it receive a Cup race.