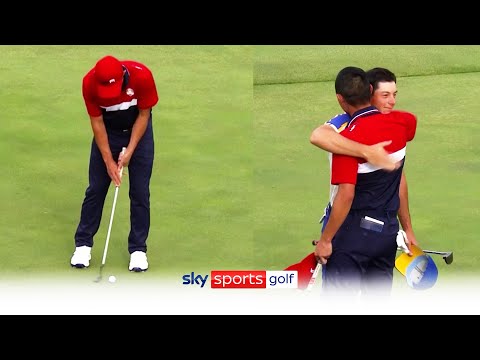 The United States completed its domination at the 2020 Ryder Cup on Sunday, defeating Europe 19-9 to clinch the largest margin of victory in the modern history of the event. It's the third Ryder Cup win for the Americans this century (3-7) and the second in as many tries on home soil.
The U.S. took an 11-5 lead into Sunday singles, its largest such advantage entering the final session at the Ryder Cup since 1975. After the Americans won three of the first four singles points, Collin Morikawa tied Viktor Hovland in his match to guarantee a half point for the Americans that would get them to 14.5 points for the win.