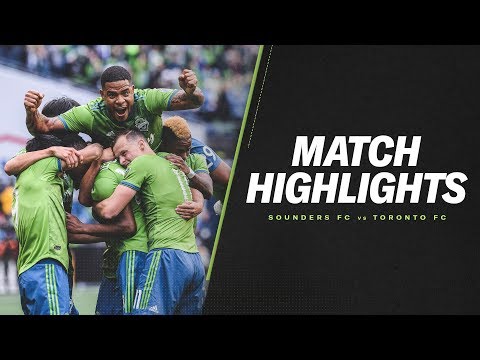 MLS Cup 2019 will be the 24th edition of MLS Cup, the championship match of Major League Soccer (MLS), and is scheduled to take place on November 10, 2019. The match will be contested by Seattle Sounders FC and Toronto FC at CenturyLink Field in Seattle, Washington, United States. The match will determine the champion of the 2019 season and will be a rematch of the 2016 and 2017 editions of the MLS Cup, which were won by Seattle and Toronto, respectively. This will be the third final for both teams and the first to be hosted by the Sounders, as both of the previous Seattle–Toronto finals were held at BMO Field in Toronto, Ontario, Canada.

The match will mark the conclusion of the 2019 MLS Cup Playoffs, which was contested by fourteen teams under a new single-elimination format that replaced the former two-legged ties. As a result, this will be the earliest calendar date for the MLS Cup showdown since 2002.

The defending MLS Cup champions are Atlanta United FC, who won the title against the Portland Timbers. They were eliminated in the Conference Finals by Toronto FC. The winners of MLS Cup 2019 will qualify for the 2020 Campeones Cup.