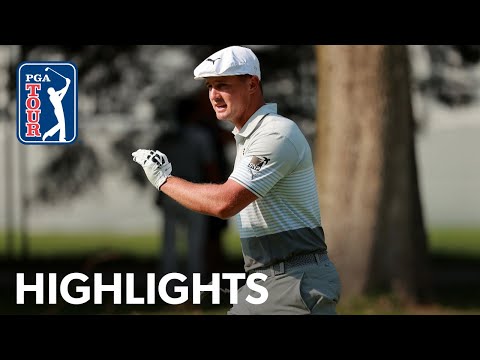 The WGC-Mexico Championship (Spanish: WGC-Campeonato Mexicano) is a professional golf tournament hosted at the Club de Golf Chapultepec in Mexico since 2017, and is one of the four annual World Golf Championships.

Founded in 1999, the first two events were held in November at the Valderrama Golf Club in Southern Spain. The third event was due to be held in Missouri, but was cancelled following the September 11 attacks in New York. The remaining five events were held in late September / early October, twice in Ireland and the United States, and once in England. The event was dominated by Tiger Woods who won five of the first seven editions.

American Bryson DeChambeau carded an eight-under-par 63 to take a one-stroke lead at the halfway stage of the WGC-Mexico Championship. The 26-year-old posted seven birdies in eight holes and leads on 11 under.
South African Erik van Rooyen equalled the course record on his 30th birthday with a nine-under 62 and shares second with Patrick Reed, who returned a 63.