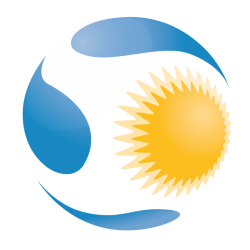 The Copa Argentina (English: Argentine Cup), officially known as the "Copa Total Argentina" due to sponsorship reasons, is an official football cup competition organized by the Argentine Football Association (AFA), with the aim of qualifying one club to the Copa Libertadores.

The first editions of the championship were contested by teams playing in Primera División that did not earn eligibility to participate in the Copa Libertadores of the following year, and the best placed clubs playing in regional leagues.

The tournament was re-launched in 2011, with teams of all divisions that form the Argentine football league system taking part of the championship. The winner of Copa Argentina qualifies for the Supercopa Argentina against the reigning champions of Primera División.

History
Background
The "Campeonato de la República" (or Copa General Pedro Ramírez)) had been the first Argentine cup contested by clubs playing not only in Primera División but in regional leagues as well, with a total of 35 teams in the first edition. The cup was held from 1943 to 1945.

First edition: 1969
Main article: 1969 Copa Argentina
The competition was contested by 32 teams using a two-legged elimination format. Two points were awarded for winning a leg, one for a draw and null for a loss. The teams having more points would qualify to the next round. If both teams had same number of points, it would be determined by the total number of goals, total number of goals conceded, and penalty shootout accordingly.

All teams in the Primera División Argentina participated the competition with some top teams from the regional leagues, except teams that had already qualified to the Copa Libertadores, namely, Vélez Sársfield and River Plate, the winners and runners-up of 1968 Nacional respectively, and Estudiantes de La Plata, the champions of 1968 Copa Libertadores.

Boca Juniors and Atlanta entered the final. Boca won the tournament by defeating Atlanta 3–2 on aggregate after two matches were played.

Second edition: 1970
Main article: 1970 Copa Argentina
Apart from teams that had got the Copa Libertadores eligibility, namely Boca Juniors and River Plate, the champions and runners-up of Nacional 1969, and Estudiantes de La Plata, who won the Copa Libertadores 1969, all clubs in the Primera División Argentina participated this competition. The champions of Primera B, Ferro, also took part in the tournament, along with 13 top clubs from regional leagues.

Relaunch
Main article: 2011-12 Copa Argentina
The reschedule of the Copa Argentina –officialized in 2011– included 186 teams of 7 divisions of the Argentine football league system in a knock-out system competition. All the matches were disputed in neutral locations. The teams of the first division were included in rounds of 32. The champion of the tournament qualified for the next edition of Copa Sudamericana.

For the relaunching of the tournament, a new trophy was designed. The cup, made of aluminium, was manufactured at the Norberto Ambrosetti factory of Lobos, Buenos Aires.

The 2012 final between Boca and Racing was scheduled many times due to fixture congestion. The match was finally played on August 8, 2012, at the Estadio del Bicentenario in San Juan. Boca Juniors won its second trophy after defeating Racing Club by 2-1.

The 2012–13 Copa Argentina was scheduled to begin October 23, 2012 in a new two-phase knock-out competition. Arsenal defeated San Lorenzo and won its first trophy of this competition.