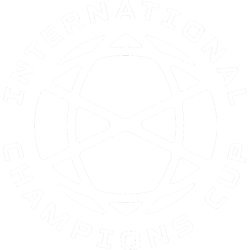 The International Champions Cup (ICC) is an annual club association football exhibition competition. It features club teams from Europe playing pre-season friendly matches, originally in the United States and Canada, but in the years since also in venues in China, Australia, Mexico and across Europe. The ICC was founded by Relevent Sports, a division of RSE ventures based out of northern New Jersey, a sports venture firm founded in 2012 by billionaire real estate magnate and Miami Dolphins owner Stephen Ross and Matt Higgins, a former executive with the New York Jets. It replaced the World Football Challenge, which had featured a more even distribution of European- and American-based sides.

During the 2014 tournament, a match between Manchester United and Real Madrid at Michigan Stadium set the all-time record for attendance at a soccer game in the United States with 109,318 spectators. In 2017 Real Madrid and Barcelona played in the second El Clásico ever held outside of Spain, with Barcelona winning 3-2.

In 2018, Relevent launched the ICC Womens tournament featuring four European and American clubs, with the North Carolina Courage defeating Olympique Lyonnais to win the inaugural trophy. The ICC Future’s tournament also began in 2018 with 24 teams including 8 academies from Europe, 8 MLS Academies, and 8 US based state all-star teams. Bayern Munich topped Chelsea to win the first ever ICC Futures trophy.

Format
The format has changed in each competition. Subsequent tournaments have had different numbers of teams in the three locations.

In the 2013 iteration, the participants were designated as part an "Eastern" and a "Western" group based on the location of their group stage matches. The groups were not played as a round-robin; rather, the winners of the first-round matches played each other in the second round, and the first-round losers also played each other in the second round. The two teams with two wins from the first two matches advanced to the final. The other three teams of each group were then ranked based on their records in the two matches played, with a game won in regulation time counting for two points and a game won on a deciding penalty shootout (no tied games were permitted) counting for one, with traditional methods of ranking – goal difference, goals scored, etc – determining order in case of two teams having the same points total. After the teams in each group had been ranked, they were paired against their opposite number from the other group, second playing second, third playing third, fourth playing fourth, with the results of these final matches determining a definitive placing for each team, from first place to eighth.

In the 2014 season, this slightly awkward system was done away with, the teams separating into non-geographical groups and playing a round-robin format with one game played against each other team in their group. After each team has played three games, the top-placed team from each group contested a final to determine the overall winner.

Starting with the 2015 season the tournament was separated into three geographic editions with a winner crowned for each region based on points total. The 2015 and 2016 tournament held editions in North America and Europe, Australia, and China. The Australia and China tournaments were contested as three-team round-robin competitions (Real Madrid participated in both), and the North America and Europe edition featured ten teams (including three US-based MLS teams) which played four matches each. The 2016 season retained the same format and regions, with Melbourne Victory of the A-League joining as the fourth team in the Australia region. In 2017 Singapore replaced Australia as one of the three regions.

In 2018, all 18 participating teams contested the tournament as part of a single table, with each team playing three matches and the champion crowned based on points total. Matches were held across 15 venues in the United States, 7 in Europe, and 1 in Singapore.

Sponsors
The physical trophy was created by silversmiths Thomas Lyte in partnership with EPICO Studios.

For the first two years (2013–2014), Guinness signed on to be the title sponsor for the entire tournament which, at that time, was only in North America.