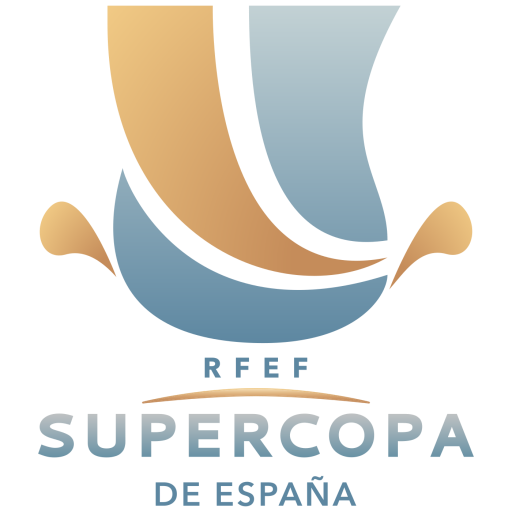 History
The current competition has only existed since 1982, but between 1940 and 1953, several other tournaments between the Spanish league champions and the cup winners (then Copa del Generalísimo) were played.

In 1940, it had the name of Copa de Campeones. It was not played again until 1945, when the Ambassador of Argentina, due to the good relations with the Spanish military government, offered a trophy called the Copa de Oro Argentina. Both these tournaments were unofficial.

In 1941 the "Copa Presidente FEF" was established as an official tournament founded and organized by the RFEF.

In 1947, the Copa Eva Duarte de Perón was established as an annual and official tournament founded and organized by the RFEF, as a tribute to Juan Perón, the President of Argentina, and his wife Eva Perón. They were played between September and December, usually as one-match finals.

In 2018, the Supercopa was played for the first time as a single match hosted at a neutral venue.