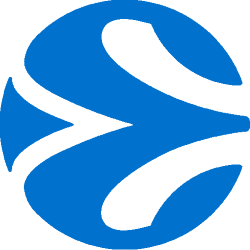 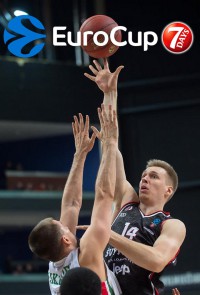 EuroCup Basketball, commonly known as the EuroCup and currently called 7DAYS EuroCup for sponsorship reasons, is an annual professional basketball club competition that has been organized by Euroleague Basketball since 2002. Along with the rival Basketball Champions League (BCL) competition, it is the second tier level of cross-border European competition, behind the EuroLeague.

Founded in 2002 under the name ULEB Cup, the competition has been known as the Eurocup since the 2008–09 season, following a change in format. The ULEB Cup and EuroCup Basketball are considered the same competition, with the change of name being simply a re-branding.

The winner of the EuroCup qualifies for the next season's EuroLeague.

The title has been won by 11 different clubs, 3 of which have won the title more than once. The most successful club in the competition are Valencia Basket, with three titles, and the current champions are Darüşşafaka, who defeated Lokomotiv Kuban in the 2018 Finals to win their first title.