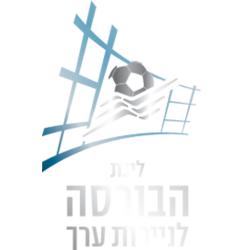 The Israeli Premier League (Hebrew: ליגת העל‎, Ligat Ha`Al, lit. The Super League), officially The Tel Aviv Stock Exchange League (Hebrew: ליגת הבורסה לניירות ערך‎) for sponsorship purposes, is a professional association football league which operates as the highest division of the Israeli Football League – the state's league of Israel. The league is contested by 14 clubs, and operates on a system of promotion and relegation with its second division Liga Leumit. Seasons run from August to May, with teams playing between 33 and 36 matches each, totalling 240 matches in every season. Five matches are played on Saturdays, with one match played on Sundays and the last one on Mondays.

The competition formed on 1999 following the decision of the Israel Football Association to form a new league. It is also ranked 23rd in the UEFA coefficients of leagues based on performances in European competitions over the last five years, ahead of the Belarusian Premier League and Kazakhstan Premier League.

Since 1923, a total of 14 clubs have been crowned champions of the Israeli Football League. Of the twenty-eight clubs to have competed since the inception of the Israeli Premier League in 1999, seven have won the title: Beitar Jerusalem (twice), Hapoel Be'er Sheva (three times), Hapoel Tel Aviv (twice), Maccabi Haifa (seven times), Maccabi Tel Aviv (five times), and Ironi Kiryat Shmona (once). The current champions are Maccabi Tel Aviv, who won the 2018–19 season.