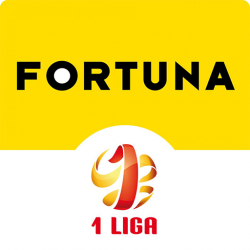 I liga (Polish: Pierwsza liga, Polish pronunciation: ), currently named Fortuna I liga due to sponsorship reasons by Fortuna, is the men's second professional association football division of the Polish football league system, below the Ekstraklasa and above the II liga via promotion/relegation systems. Run by the Polish Football Association (PZPN) since its inception on 30 May 1948. The league was renamed from Second League (II liga) to First League (I liga) in 2008. It is currently contested by 18 teams, from 2002 all clubs onwards must have a licence, issued by the Association.

Before 1939, there were several plans to create a second, national level of Polish football system, but all failed. Instead, there were regional leagues of most Polish provinces, the so-called A Classes (see also Lower Level Football Leagues in Interwar Poland).